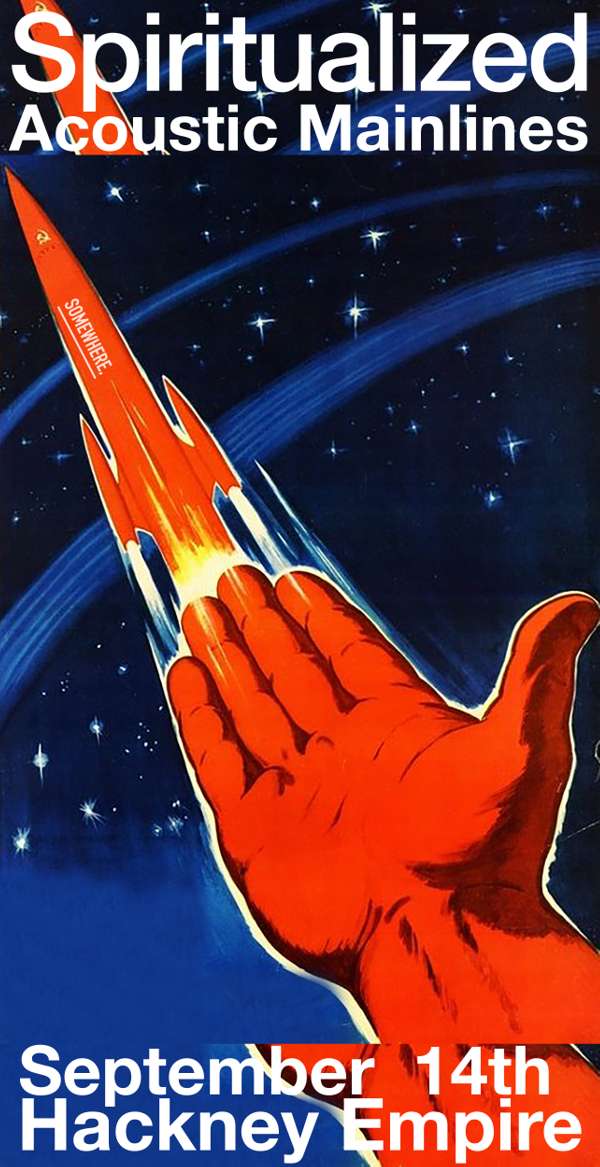 Spiritualized – WITH 1001 CANDLES ACOUSTIC MAINLINE PERFORMANCE AT HACKNEY EMPIRE SOMEWHERE FESTIVAL – 14TH SEPTEMBER 2019 SOMEWHERE Festival, which takes up residence in Hackney Empire for 10 unique shows in September , is thrilled to announce that Spiritualized will play a special one-off acoustic performance on 14th September.

Spiritualized, who recently performed at All Points East, and are soon to appear as one of the headline acts at the End Of The Road festival, released their eighth LP, And Nothing Hurt to universal critical acclaim in September last year.

SOMEWHERE, which launched in Tokyo in April, with performances from Phoenix, JUSTICE, Carl Barât, Friendly Fires and Basement Jaxx, takes up residence at London’s Hackney Empire in September.

SOMEWHERE brings unique performances at special venues around the world with distinctive staging and the backdrop of their trademark 1001 candles. Having already received great acclaim in Japan, this London event will be the first international appearance of SOMEWHERE, before touring classic Art Deco theatres in major cities around the world in Paris, New York, Berlin and Moscow.

This performance is being recorded. By attending this performance you consent to your image being used in the film. Latecomers cannot be admitted because of the filming